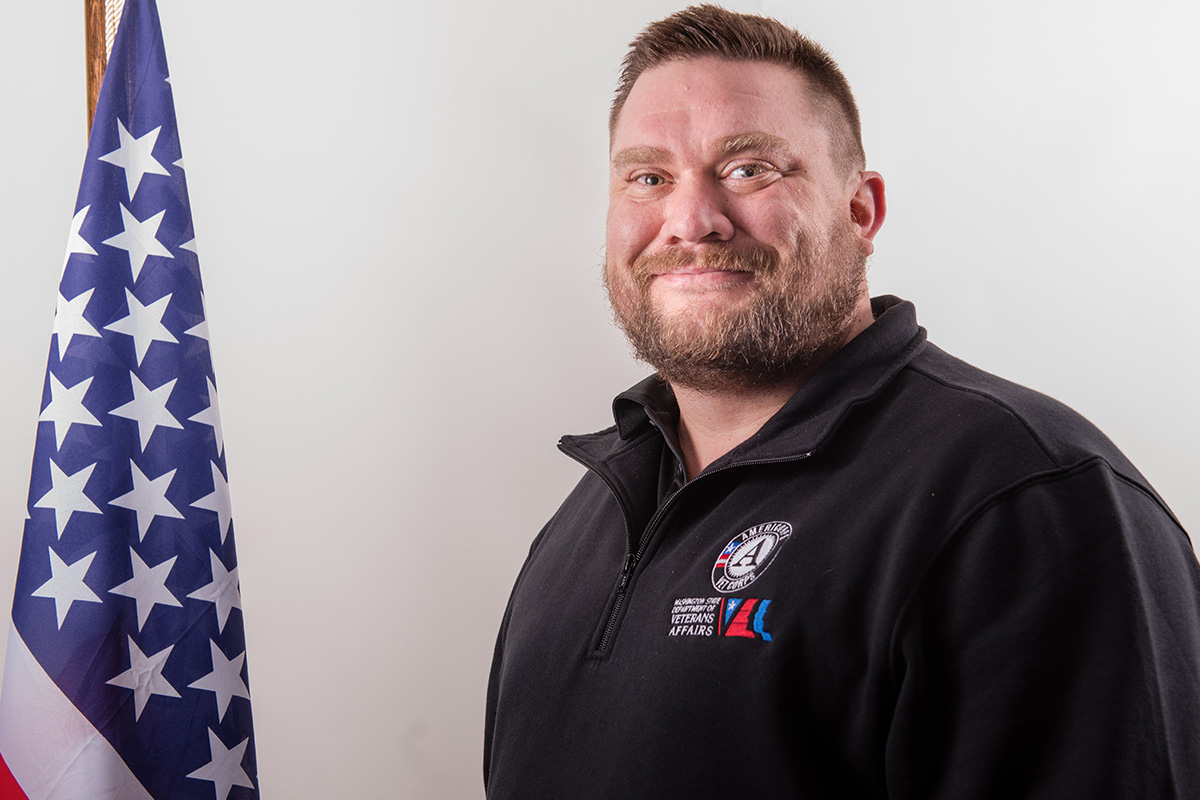 For Tony Muething, his seven years as a medic in the U.S. Army, including two tours to Iraq and Afghanistan, sparked a desire to support fellow veterans as he returned to civilian life. Serving as Seattle Central’s VetCorps Navigator this academic year will give him the opportunity to work closely with student veterans, connecting them with valuable support that can ease their transition.

“A lot of veterans don’t realize how many resources are available to them,” said Tony. “For example, with school funding, most veterans turn to the GI Bill®. But if they don’t qualify, there are still tons of other resources for them. It’s just a matter of connecting students to them.

VetCorps, a program of AmeriCorps, funds a “navigator” for a one-year term on or near community college campuses. In his role, Tony will help student veterans in areas where need additional support, such as navigating campus life from registration to educational planning and applying credits earned in the military to degrees at Seattle Central. He will also help veterans access benefits, transportation, counseling and medical assistance.

As a Nursing student at Seattle Central, Tony hopes to eventually provide healthcare to veterans through the Department of Veterans Affairs. Last year, Tony was the president of the Student Veteran Association, where he worked closely with the previous navigator. He hopes this relationship will provide continuity for student veterans.

Tony also wants to make both the Seattle Central campus and the broader community more welcoming to veterans. In December, he will provide logistical and healthcare support for the Seattle Stand Down, a two-day event in December on campus that provides needy veterans in the community with a variety of resources.

The VetCorps Navigator’s office is located in BE1104C. Contact Tony with questions, thoughts and ideas at 206.372.2101 or Vetcorps.Central@seattlecolleges.edu. Learn more about VetCorps and other Veterans Services.

GI Bill® is a registered trademark of the U.S. Department of Veterans Affairs (VA). More information about education benefits offered by VA is available at the official U.S. government website.