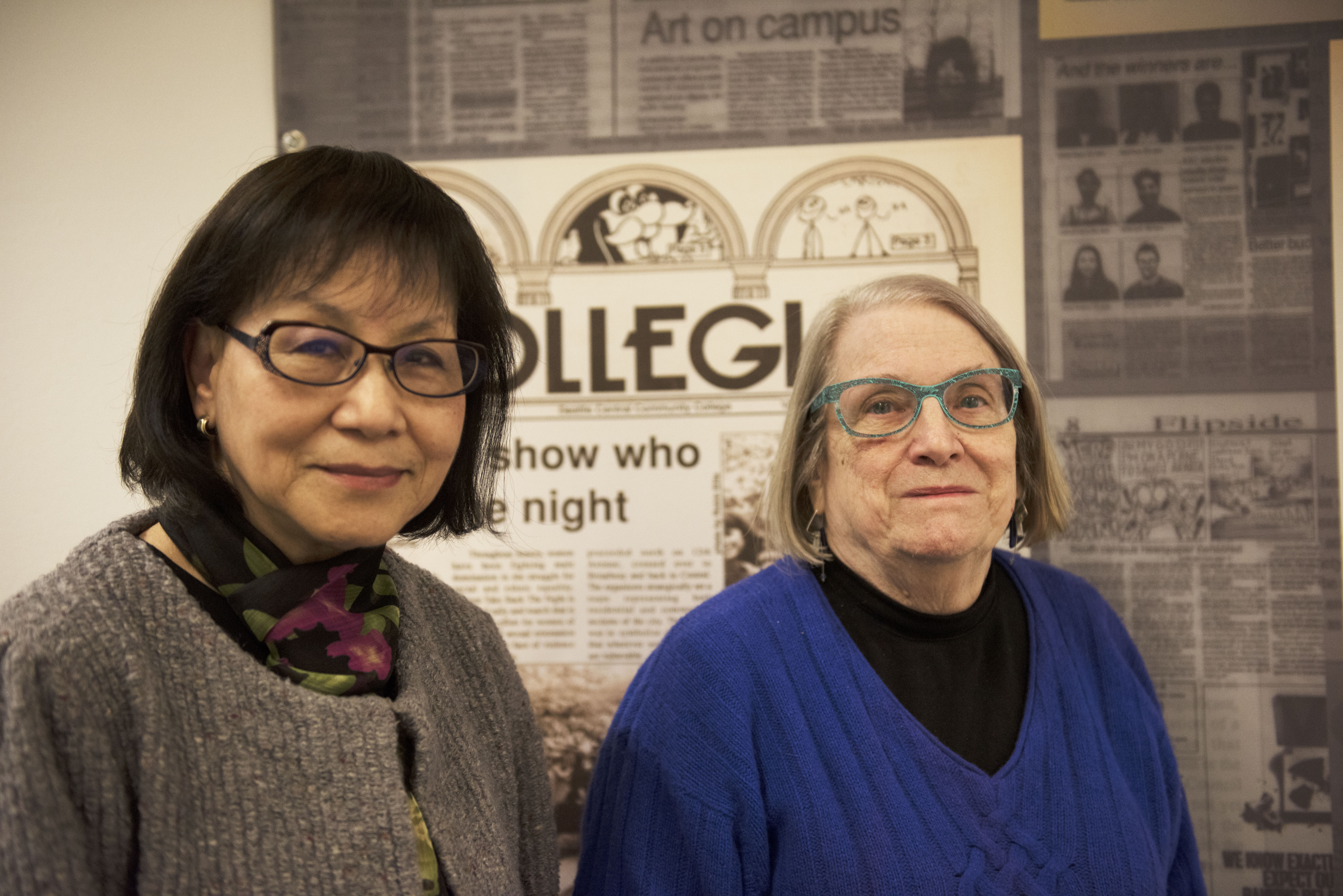 Two administrators who have worked for Seattle Central and the District for decades are ready to begin the next chapter of their lives.

Two long-time employees who have dedicated their careers in part to improving campus technology are about to retire.

Wai-Fong Lee, currently serving as Interim Executive Director of Institutional Research, has also announced her retirement; her last day will be in early January. She began working in the District office in 1974 as a library faculty member. She helped usher in technological change in library systems for all three colleges. In 1988, she moved to Seattle Central College to lead the college’s library. She held this position until being named Interim Vice President of Instruction when Warren Brown left.

Originally from Hong Kong, Wai-Fong came to the United States to attend college in Hawaii and settled in the Seattle area to be close to her husband’s family.

During her tenure, the library transitioned away from card catalogs and embraced the Internet as a tool to aid student learning. “I don’t give up easily,” Wai-Fong says about her time with Seattle Central. “I have always been committed to this institution and have worked hard to ensure it has been successful. My career has been all about doing what is needed to move the college forward.”

Harriet Wasserman, who has been connected to the college for nearly 50 years, almost from the college’s founding, will leave this month. She has served as the Director of Information Technology since the early nineties, helping to implement wave after wave of new campus technology.

She came to Seattle from Northern California with her husband, who landed a job in 1967 as one of the first faculty members for the newly-created Seattle Community College (now known as Seattle Central). She first served as a volunteer, setting up the chemistry labs in the old Broadway High School building before it was demolished.

Harriet eventually landed a part-time position as a lab aide in the computer science department. The field appealed to her, so she took every class the department offered. This eventually led to a position to set up and operate Seattle Central’s first open computer lab.

She says she fell in love with the campus and, most especially, the people. “I grew up in a small town, and I knew I always wanted to live in a big city. I love the urban feel here, and I have really enjoyed getting to know so many wonderful students, faculty and staff over the years.”

In retirement, she plans to visit her son’s family in Vancouver, B.C., more frequently and plan her next steps.