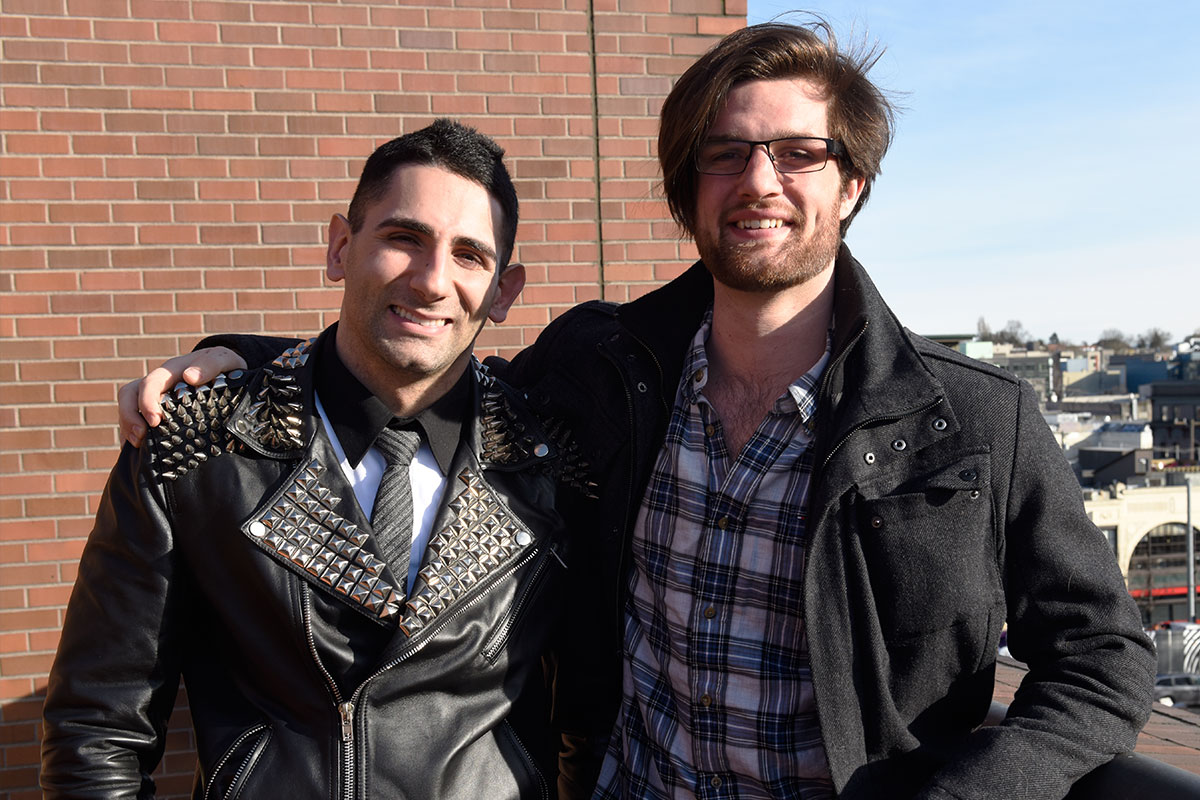 The All-Washington Academic Team started over 20 years ago to honor academic high-achievers from community and technical colleges who have made positive contributions to their communities. Phi Theta Kappa is an international honor society that recognizes scholarship among two-year college students who are working to complete associate degrees.

Spencer is a marketing student from Whidbey Island who is passionate about serving students at Seattle Central and people in his community. He plans to transfer to a four-year university, either in the state or on the east coast. After earning a bachelor’s degree, he dreams of starting a catering business, attending law school or becoming a marketing strategist. Spencer currently serves as vice president of PTK, where his duties include running weekly meetings and providing support to members in order to compete when applying to schools.

Nickey, originally from San Francisco, is studying informatics. He plans to transfer to the University of Washington and eventually join the Air Force, so he can train to become a cyber-security operations officer while earning his master’s degree. Nickey is heavily involved in many organizations on campus, including as executive of legislative affairs for Associated Student Council. In addition, he led students to a legislative rally in Olympia, where they stressed the importance of keeping funds for community and technical colleges. Nickey enjoys serving his student body and educating others.

The All-Washington Academic Team event is sponsored by Phi Theta Kappa International, the presidents and trustees of Washington’s two-year colleges, the State Board for Community and Technical Colleges and KeyBank, which awards $250 scholarships to each member of the team.