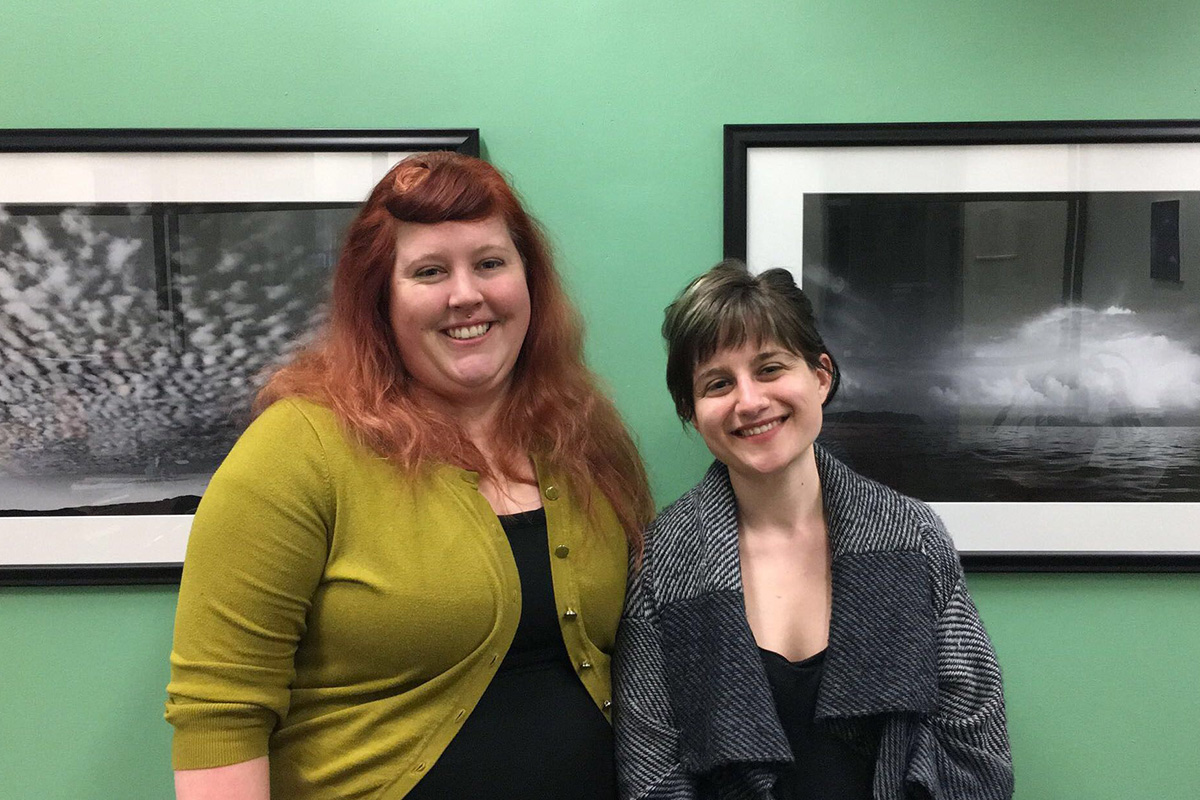 Wynn Barnard and Liz McCarty will represent Seattle Central at nationals in June.

Wynn Barnard and Liz McCarty, two of the six students who won silver and gold American Advertising awards, or ADDYs, will move on to complete at nationals.

The two students won a gold award for their Seattle Gay Pride video campaign at the local ADDY competition in March. They next won a gold ADDY at the regional level, which encompasses Washington, Alaska, Oregon, Idaho and Montana. The last stage of the competition is the national competition in New Orleans on June 10, where the 2017 award winners will be announced.

“It’s kind of surprising,” Wynn said. “We did the campaign as a class assignment, and we both felt passionately about it. I’m surprised it’s taken us this far. It’s been wonderful and really affirming.”

“Working to represent the school on a local level, then a regional level, now nationally, really shows that we do really great work here that is competitive and is worth national attention and that feels wonderful,” Liz said.

Their video and other branding materials for their advertising campaign will be displayed at the Seattle Central Creative Academy 2017 Portshowlio, part of Central to Inspiration: Year-End Showcase and Open House, on June 14, and at an additional showcase on June 15.