Thirteen faculty members who received tenure this past year were formally recognized for their achievements during a reception in April, hosted by the Seattle Colleges District Board of Trustees. To earn tenure, which grants a permanent teaching position, candidates are observed and evaluated – by a committee consisting of students, staff and fellow faculty members — according to specified criteria over a three-year period. The president and the chancellor then recommend faculty members to the Board, which officially grants tenure.

This year’s newly tenured faculty are: 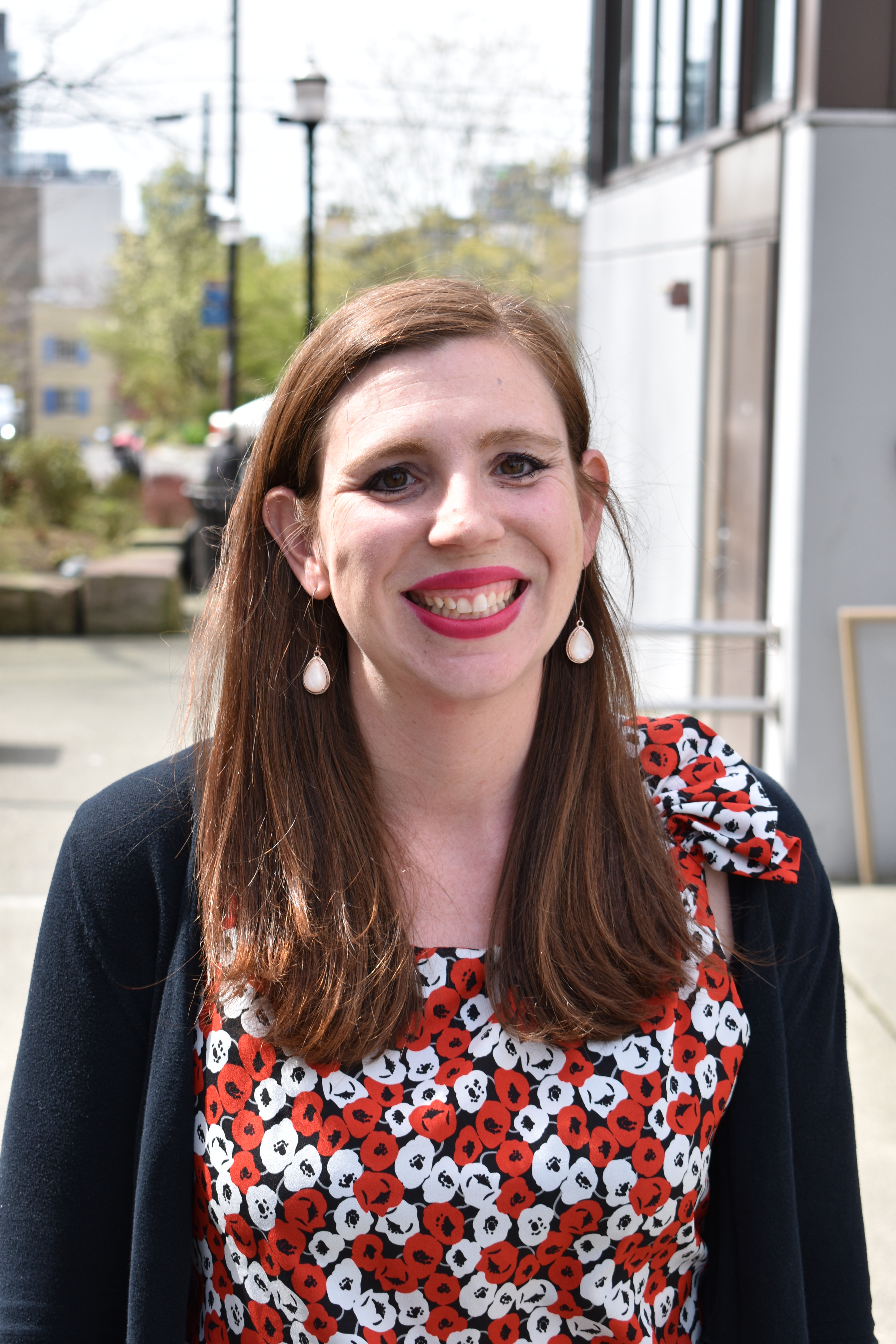 Jacobs began in the mathematics department in 2015 teaching all levels of math. She stays involved in the department as a member of the Math Placement Test Committee, Faculty Senate and Course Approval Committee. Prior to Seattle Central, Jacobs taught middle and high school math in Missouri and taught math at Central Washington University. She holds a master’s degree in mathematics and statistics from Loyola University and bachelor’s degrees in mathematics and political science from Gonzaga University.

“I really like the student body. We get students from all over the place,” Jacobs said. “I like helping people get the math they need to get them on their way.” 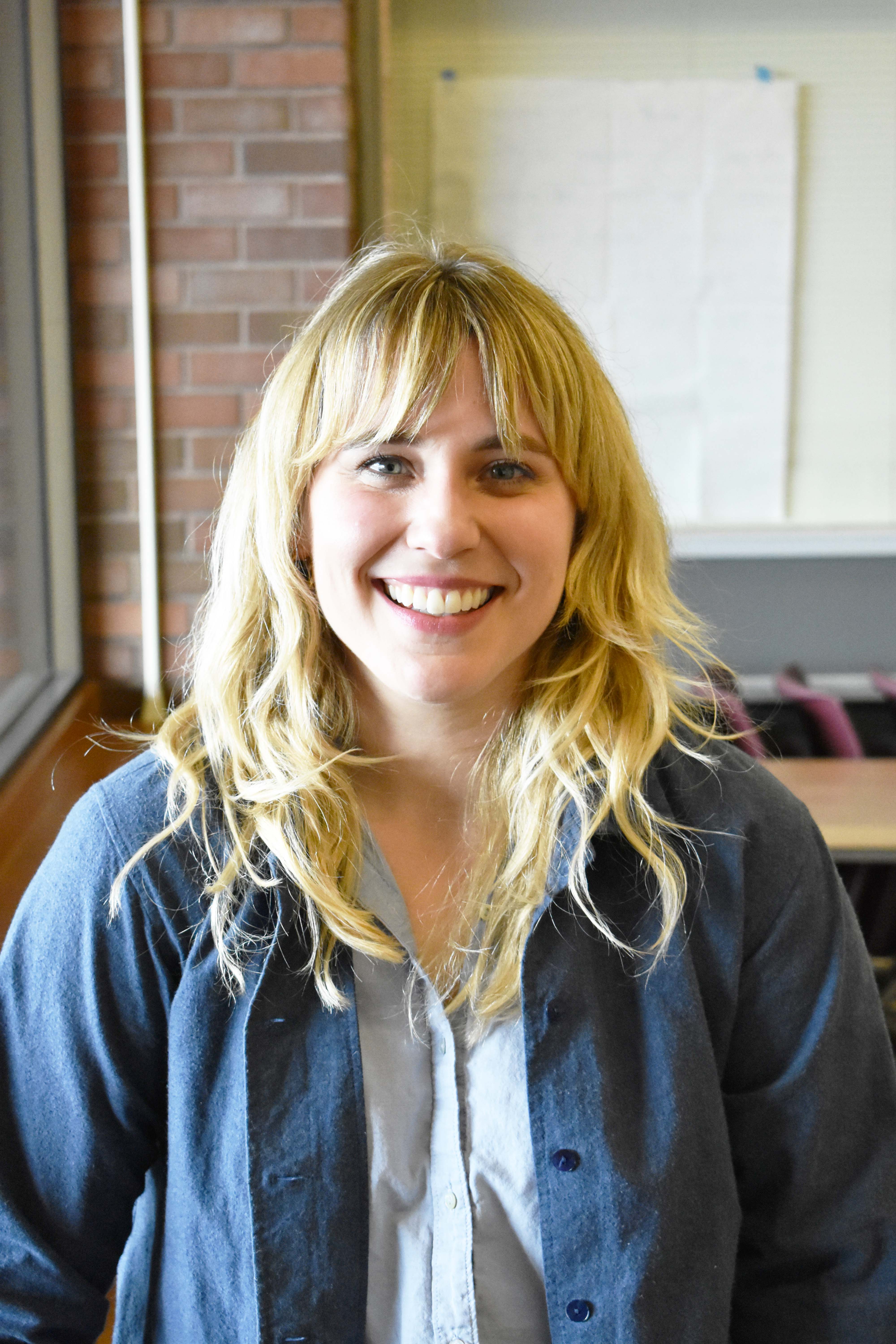 McClanahan came to Seattle Central in 2015 teaching English of all levels. She is a part of a few committees including Placement 360 that focuses on placement tests in gatekeeping courses and Problematizing English 101, a statewide committee. McClanahan taught English at North Seattle College and University of Nevada, Las Vegas. She also used to teach high school Spanish in Philadelphia and Washington D.C. McClanahan earned a master’s of fine arts in creative writing fiction from University of Nevada, Las Vegas and a bachelor’s in English and Spanish from Gonzaga University.

“Tenure means that I can be more vocal about advocating for our students,” McClanahan said. “I get to serve as a portal and gateway for students to have a better voice and be heard.” 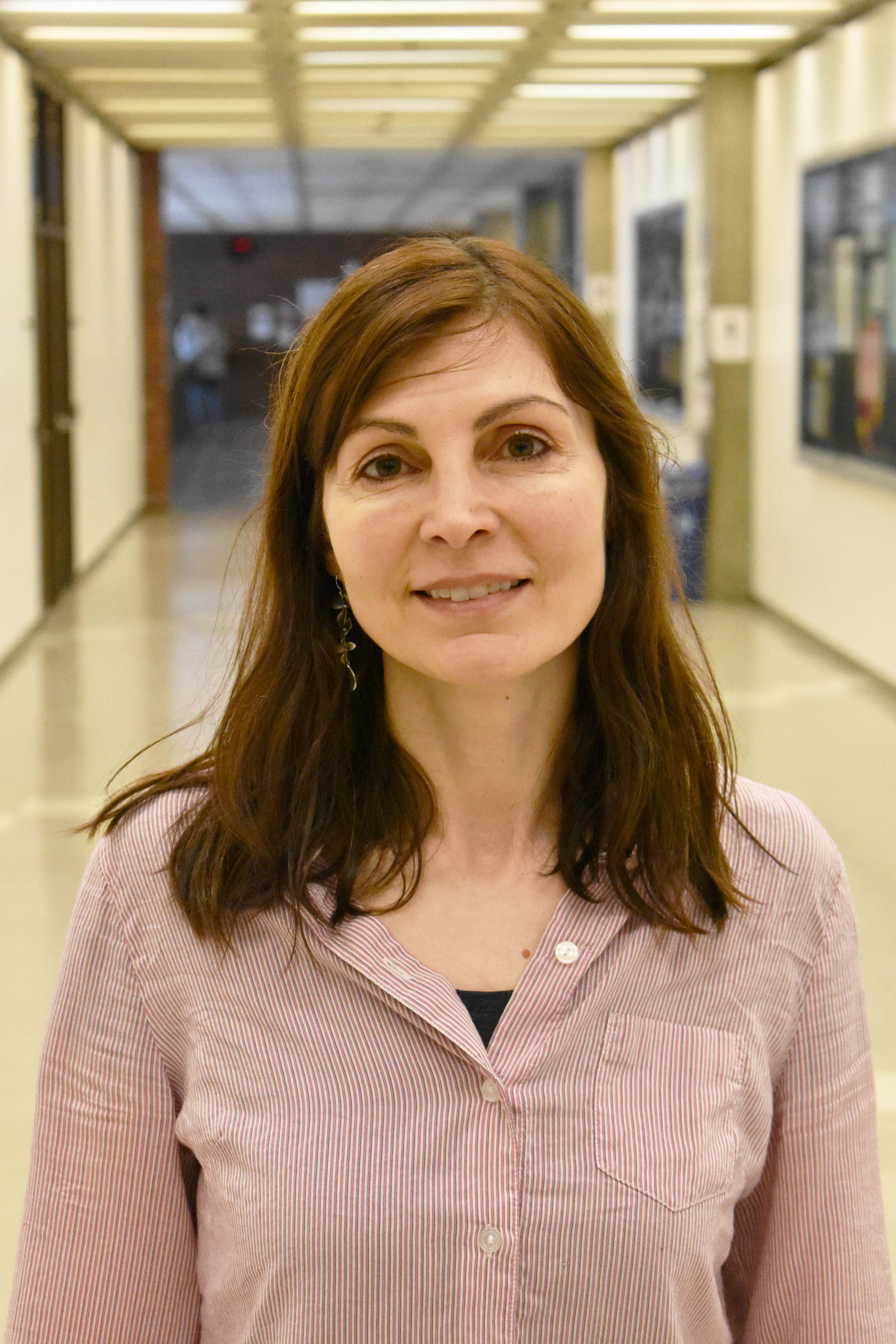 Meredith started at Seattle Central in 2012 in the humanities department. In 2014, she transferred to the computer science department, where she teaches software development, web and mobile development and fundamental courses. She is involved in the Program Review Committee, the Tenure Committee at South Seattle College and various hiring committees. Outside of Seattle Central, she is involved in the Association of Computing Machinery. Prior to teaching, Meredith worked in the industry at Microsoft and other startup companies. She has also taught at North Seattle College and the Art Institute.

“Earning tenure is an accomplishment and milestone,” Meredith said. “I have more of a leadership role to provide guidance for the computer science program.” 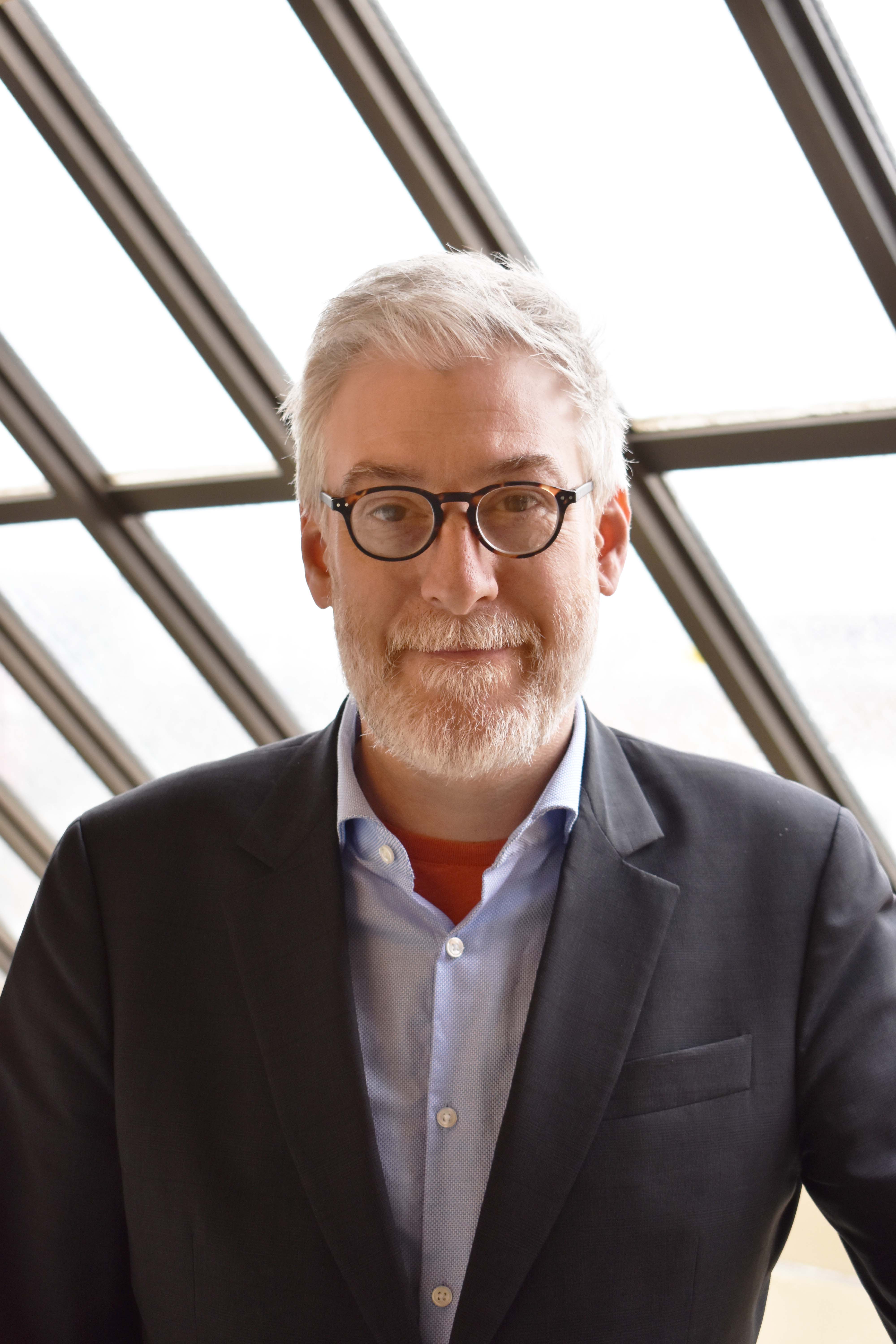 Horton first began at Seattle Central in 2004. He was off and on until 2007 and began his tenure track in 2015. He teaches introductory English courses, poetry and writing in science. Horton holds many roles including faculty advisor for the Student Website and Publications board. Outside of Seattle Central, he completes many writing projects. Recently he had his poetry published in the City Arts Magazine, Notre Dame Review and Los Angeles Review. Before working at Seattle Central, Horton spent some time as an adjunct at the University of Washington and previously worked at Amazon. He holds a master’s of fine arts in creative writing and poetry from the University of Washington, a master’s in English from Western Washington University and a bachelor’s in liberal arts from The Evergreen State College.

“Seattle Central has made an investment in me through giving me tenure,” Horton said. “I feel like I can use my voice more affectively for positive change in the future.” 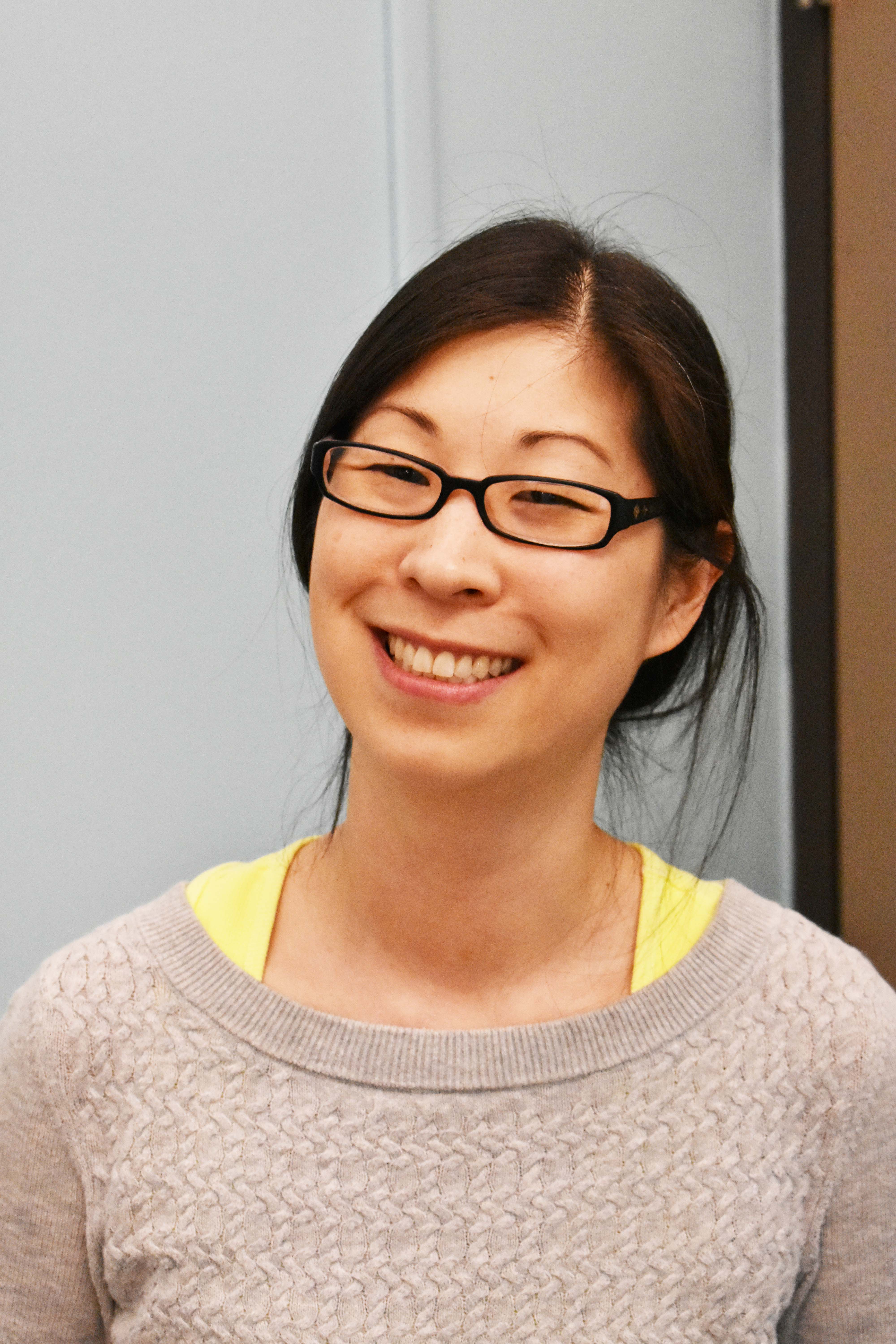 Yanos first came to Seattle Central 2014 in and began her tenure track in 2015. She teaches general psychology, neuroscience and survey of physiological psychology. She serves on the instructional assessment committee, advisory committee for service learning and incorporates service learning in her classes. Yanos joined Seattle Central straight out of graduate school, after earning a doctorate in behavioral neuroscience at the University of Washington. She also holds a bachelor’s degree in psychology from Dartmouth College.

“Earning tenure is a privilege that I am honored to have,” Yanos said. “It’s nice to have a feeling of security that I can make my home here and feel that I have reasonable assurance in my career.” 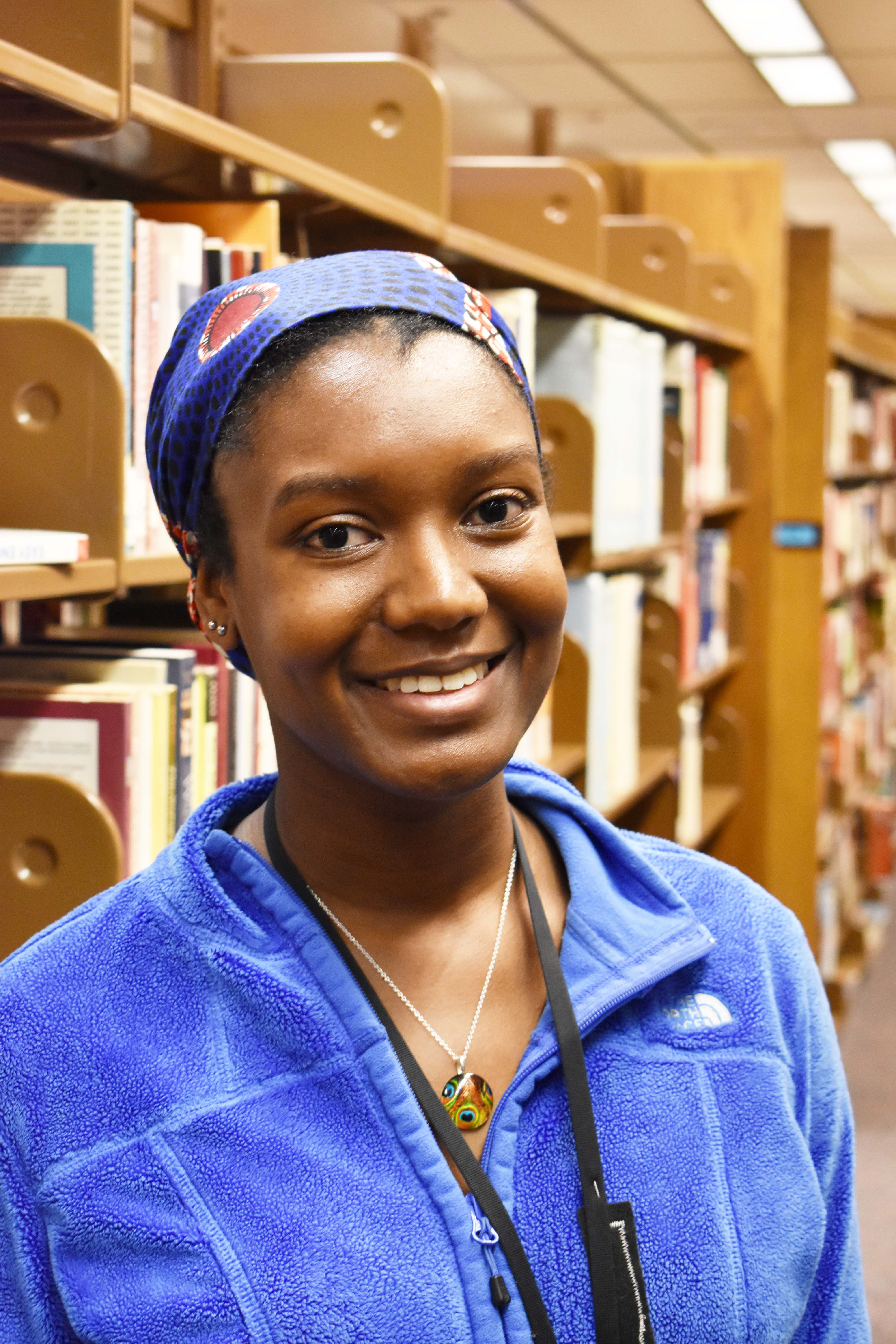 Tate-Malone began in 2013 as a reference assistant while in graduate school at the University of Washington. After school, she worked part-time and began her tenure track in 2015. She splits her time between Seattle Central’s main campus and the Health Education Center assisting Allied Health students with research. Tate-Malone is heavily involved with the college as a faculty senator for her division, organizing Conversations on Social Issues (COSI) and serving as a mentor for the Cross Institution Faculty of College Mentorship program. In addition, she attends statewide retreats every quarter. Prior to Seattle Central, Tate-Malone worked as an adjunct at a few different schools including Seattle University and Edmonds Community College. She earned a master’s of library and information science from the University of Washington and a bachelor’s in history from the University of California, San Diego.

“The students at Seattle Central are phenomenal and dynamic,” Tate-Malone said. “I love the wide range of work I get to do in the library and with students.” 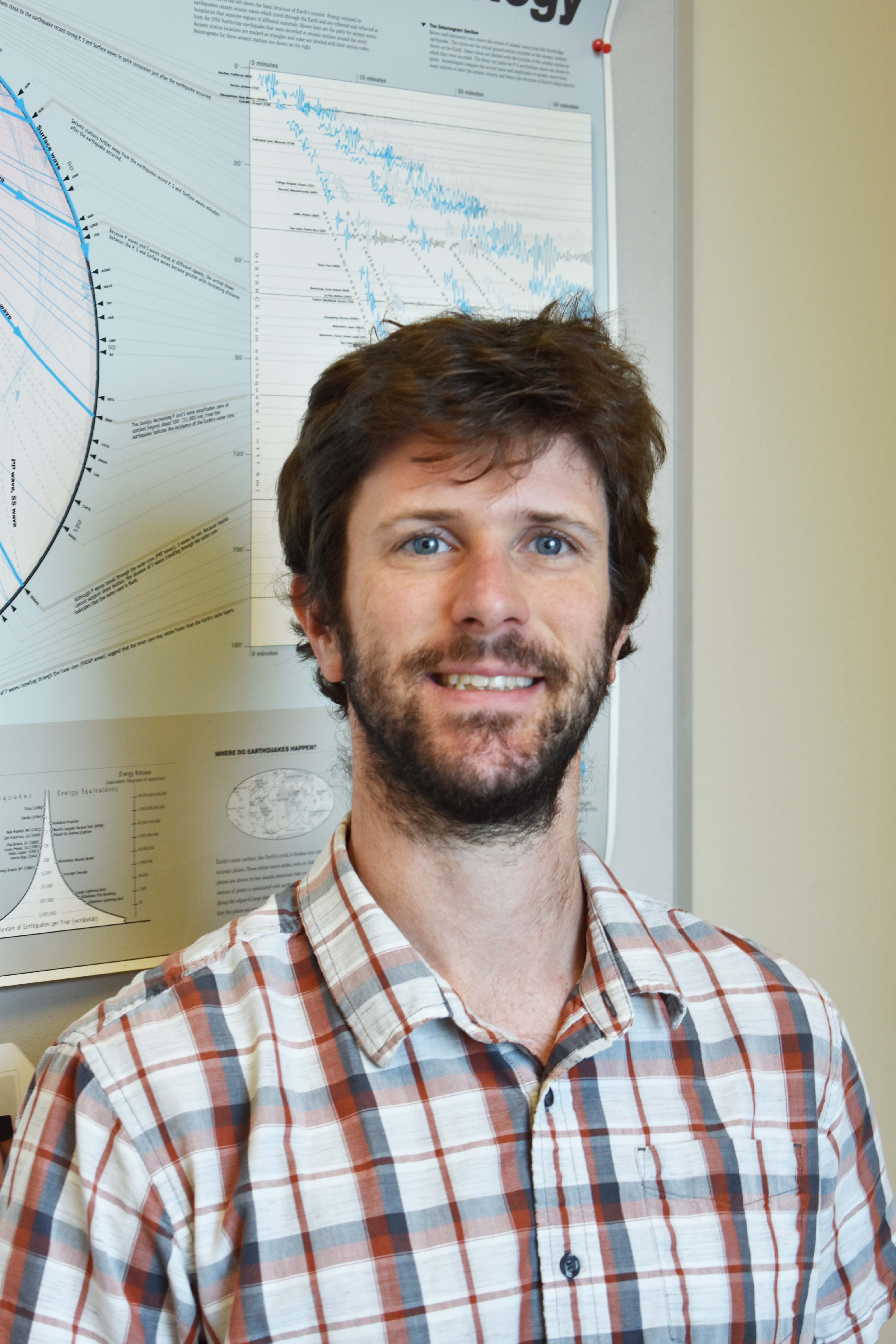 Ursin started his Seattle Colleges career at North Seattle in 2005. In 2006, he came to Seattle Central as an adjunct. He teaches all levels of math, engineering physics and algebra based physics. Ursin recently developed a coordinated studies project course with recently tenured math instructor Danielle Mallare Dani that began in 2016. In his free time, Ursin enjoys being outdoors, doing cross fit and jiu jitsu. Ursin was a graduate student at the University of Washington prior to working at Seattle Central where he earned a master’s in physics. He also earned a master’s in mathematics and a bachelor’s in physics from Western Washington University.

“I like the diversity in the students,” Ursin said. “Seattle Central has a real diverse population with age, race and backgrounds. You get to see different perspectives.” 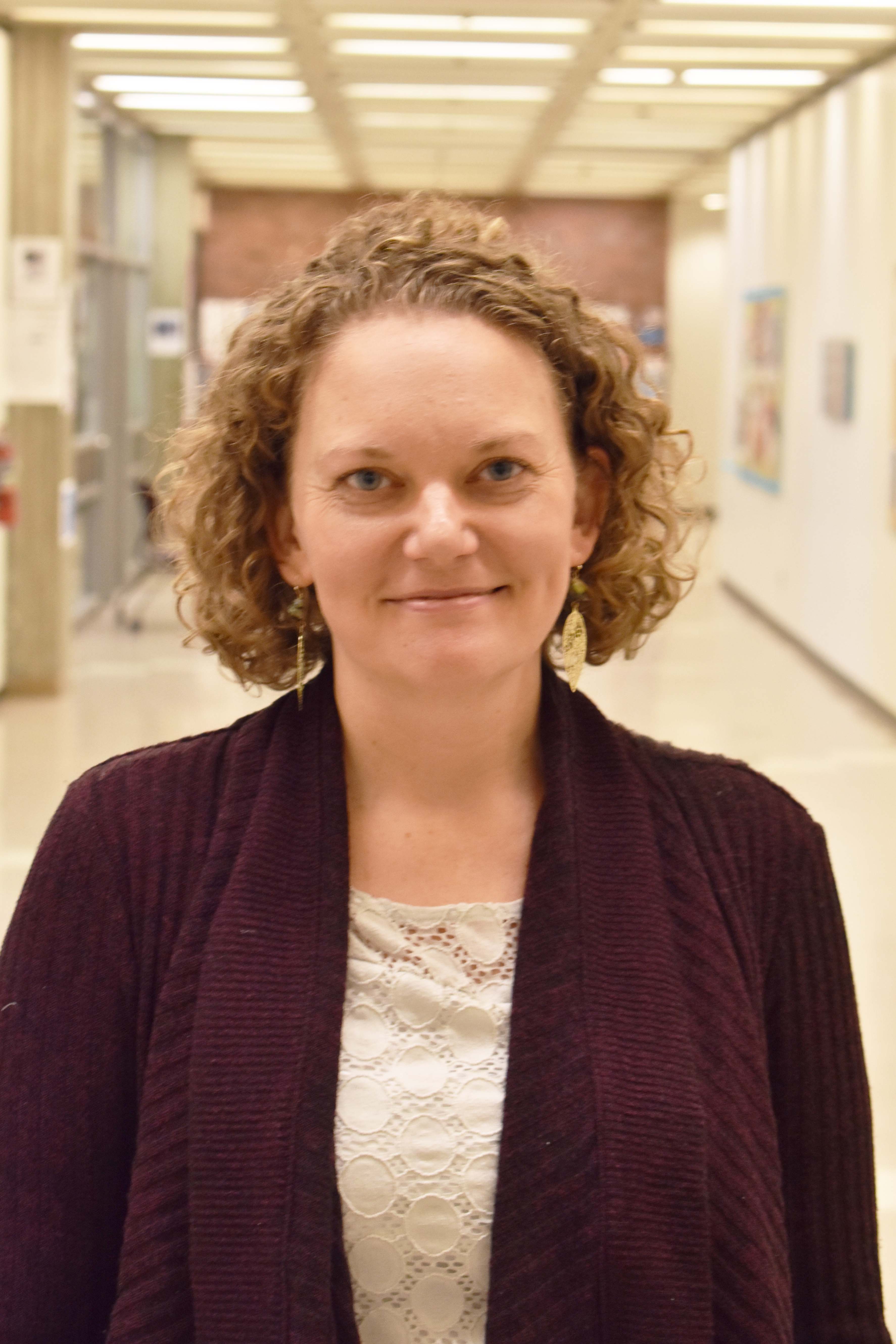 Steinke joined the Seattle Colleges in 2015 and has spent time working at each college. She teaches composition, developmental writing, literature and creative writing. She is involved in the Course Approval Committee, English department Literature Committee and teaches at the Gig Harbor Women’s Correctional Facility with instructor Phebe Jewell. Prior to Seattle Central, Steinke worked at Seattle Pacific University, Cascadia College and Argosy University. She earned a master’s in English from the University of California, Davis and a bachelor’s in English from the University of Nebraska, Lincoln.

“I love the students at Seattle Central – they are amazing,” Steinke said. “I love working with people from different backgrounds and with different interests.” 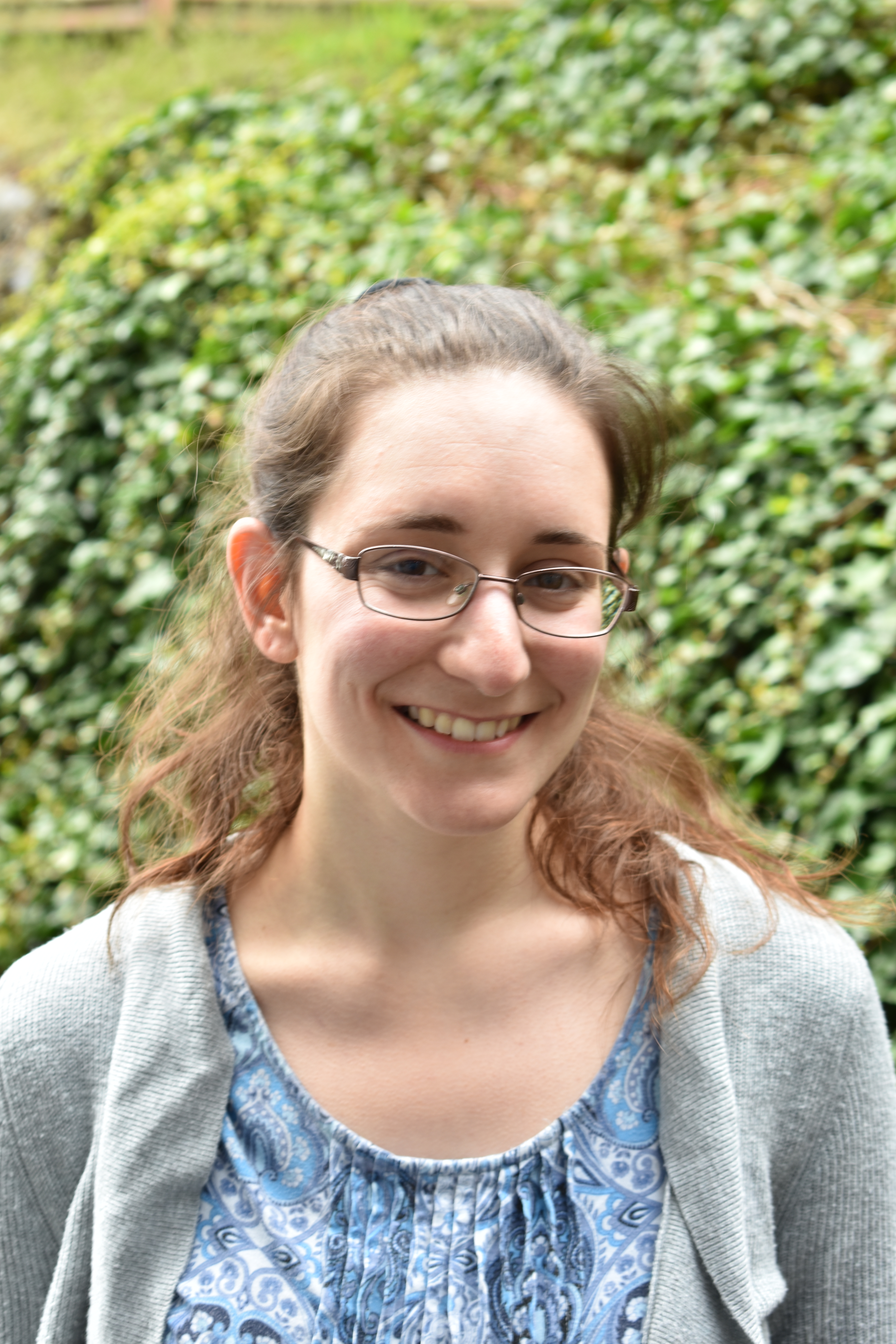 Mallare Dani began in 2015 and teaches statistics and calculus. In 2016, she helped develop a coordinated studies project course with recently tenured math and science instructor Jonny Ursin. In her free time, she enjoys doing tae kwon do. Mallare Dani worked at the University at Buffalo prior to Seattle Central, where she earned her master’s in mathematics. She holds a bachelor’s degree in mathematics from Canisius College.

“The students and staff at Seattle Central are great,” Mallare Dani said. “I also like being able to try new models of teaching. I’m always trying to challenge myself in my teaching.” 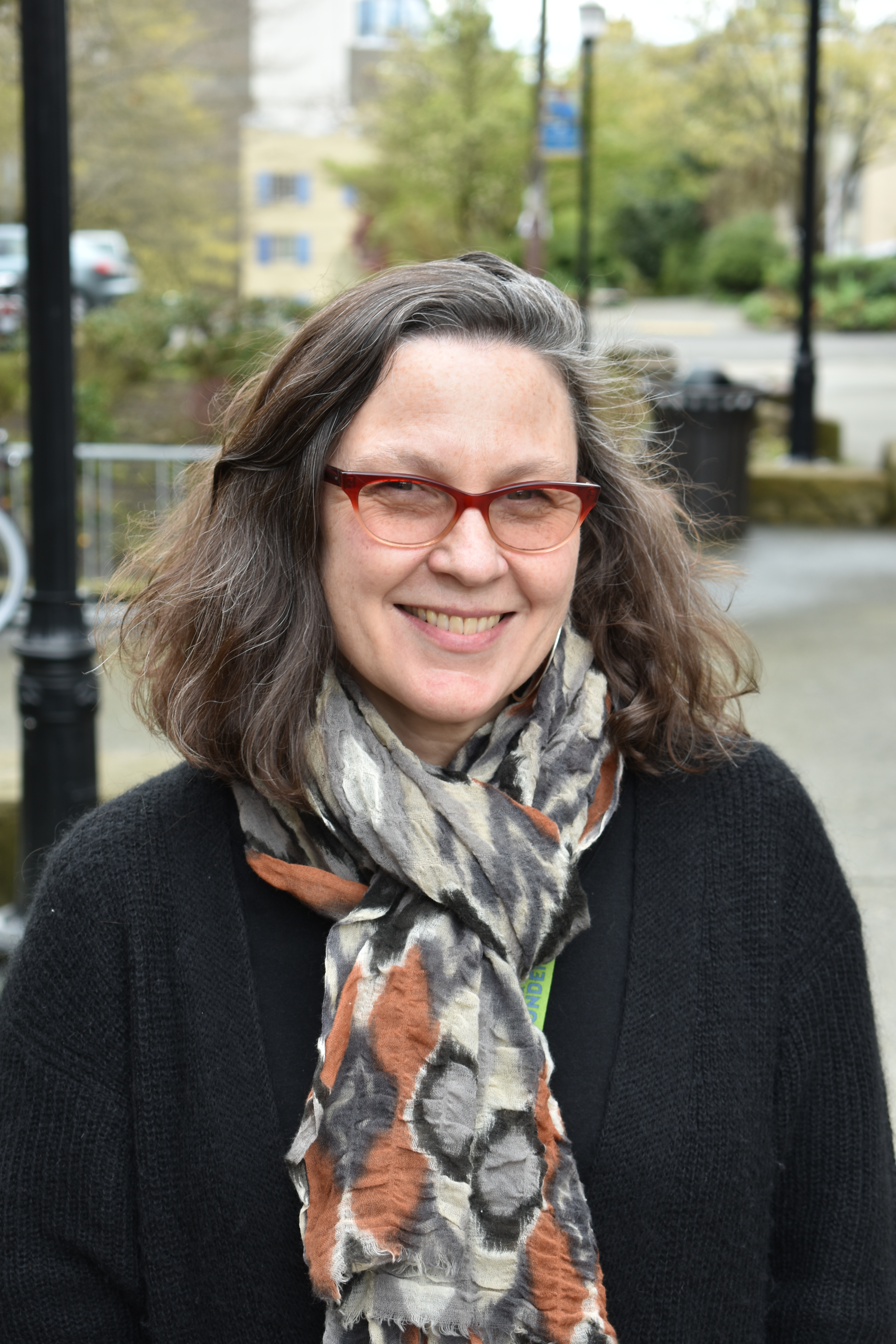 Muhich started at Seattle Central in 1990 part-time and held different positions, administrative and instructional. She currently teaches statistics, math for non-STEM students, and quantitative reasoning. Muhich is involved with faculty development, Pathways Taskforce and the state board. While working on and off at Seattle Central, she worked at the Carnegie Foundation. Muhich holds a master’s degree in curriculum and instruction, mathematics education from the University of Washington, a bachelor’s degree in applied mathematics from the University of California, Los Angeles and an associate’s degree from Los Angeles Community College.

“I get to do work that means a lot to me and that I care about,” Muhich said. "Earning tenure is an established milestone to me." 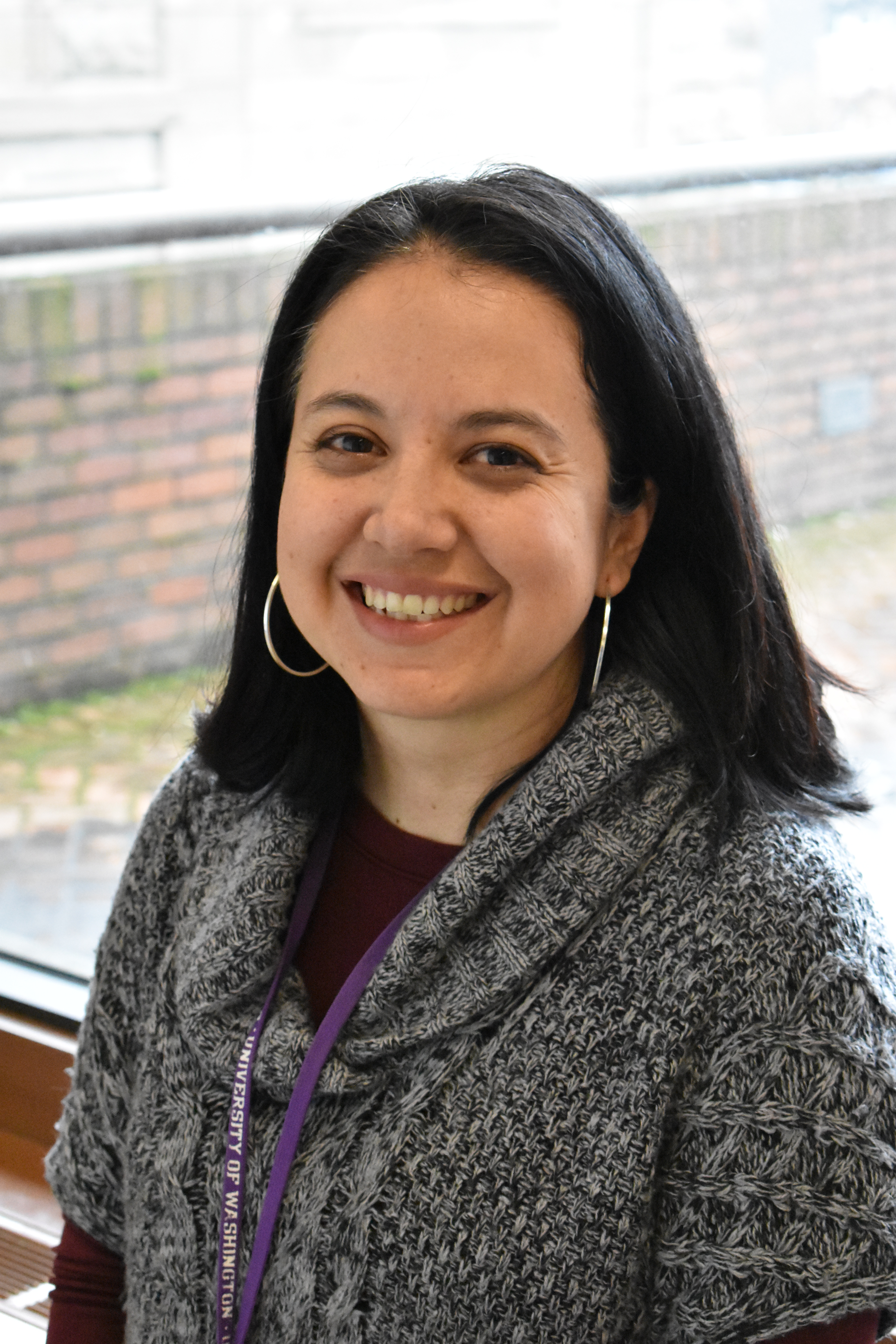 Forero began at Seattle Central in 2004 as a tutor while she was in graduate school. She was inspired to teach after her time tutoring and came back in 2007. She first worked in the Institute of English department then transferred to Basic and Transitional Studies in 2016 where she teaches English as a Second Language (ESL). Forero is involved in many committees including Professional Development, Course Approval, Undocumented Support Team and the mentorship program for faculty of color. Outside of Seattle Central, she in involved in her daughter’s school and dances. Forero earned a master’s degree in teaching English to speakers of other languages from the School for International Training and a bachelor’s degree in global studies from the University of Washington.

“Seattle Central is a very special place for me,” Forero said. “I love the environment – it’s so vibrant. I work with so many talented people.” 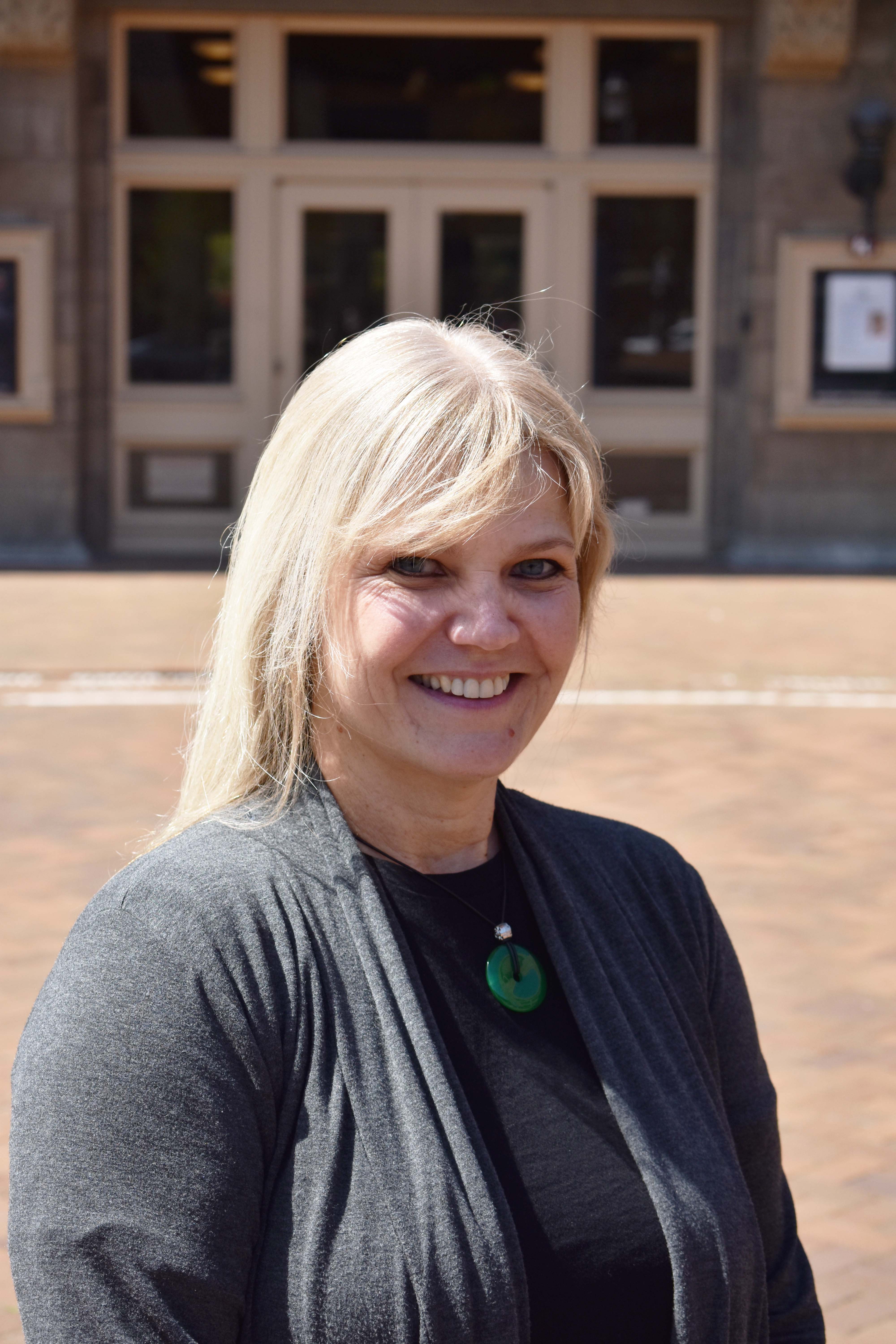 “I really like being a part of the college,” Elliott said. “It feels like I have a home. My goal is to work to make all faculty, tenured or not, feel inclusive with the college.”