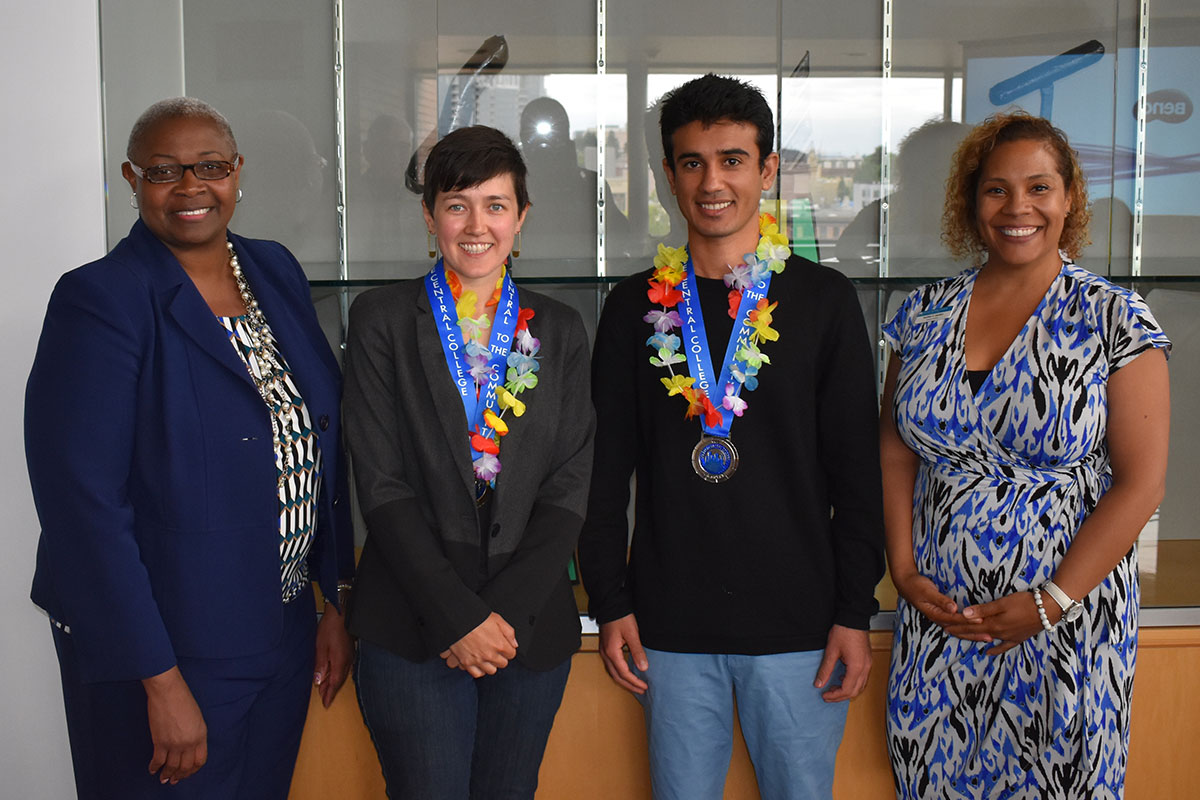 Kim Retherford and Zahid Ali are the recipients of the President’s and Vice President’s Medal award. Similar to salutatorian and valedictorian, the award is measured by more than academic achievement. Recipients also exemplify good citizenship and community advocacy that Seattle Central is best known for.

Retherford and Ali were recognized at the award ceremony in June, where Seattle Central President Sheila Edwards Lange, Ph.D., and Vice President of Student Services Yoshiko Harden presented them with their medals.

Retherford graduated in spring 2018 with a carpentry degree. She served at the student council’s outreach coordinator where she started a student-run newsletter, an annual alumni event and promoted student involvement with the school and community. She also founded Wood Technology Center’s first official club, the Sustainable Living Club, and co-founded Woodworkers Advocating Gender Equity (WAGE). Rutherford plans to begin a career in the carpentry industry.

Ali graduated in spring 2018 with a college transfer degree. He served as the news editor for the Seattle Collegian, the newly revived student newspaper. In the fall, Ali will attend Columbia University where he will pursue a degree in international relations with a focus on South Asia. He wants to gain additional education and expertise in International Relations with a career goal of working at a think-tank to carry out academic research germane to South Asia with a focus on the Balochistan-Islamabad conflict.