Want to keep up with the latest from Seattle Central?

Subscribe to the Seattle Central Newsletter and don't miss a thing. 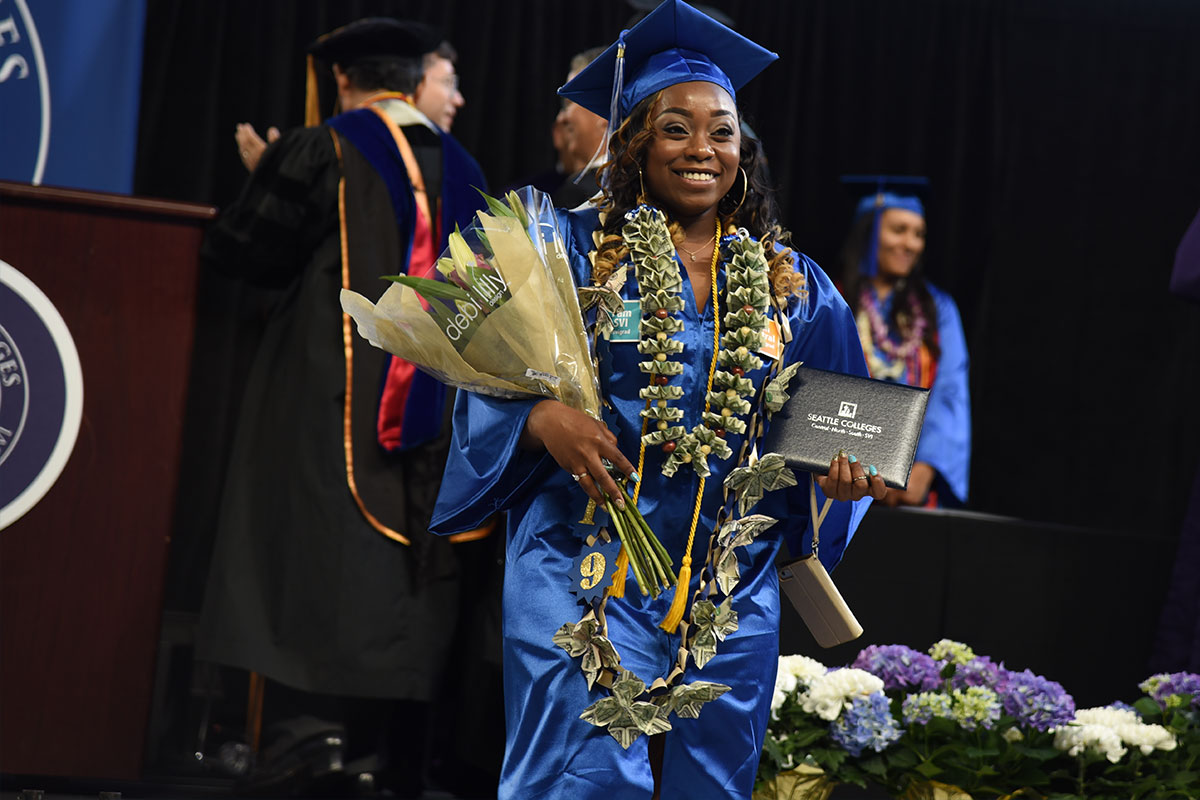 Camila Christensen, Associated Student Council’s executive of issues and concerns was Seattle Central’s student speaker this year. She earned an associate’s degree and plans to transfer to the University of Washington to pursue a bachelor’s degree in computer science. While at Seattle Central, she also served as vice president of Women in Science and Engineering club. Christensen moved to the U.S. five years ago to pursue a better life.

“When I first came to Seattle Central, like many other students, I was driven to excel, to be the best in academics and in all the other activities I was involved in, always wanting to fulfill my sense of intellectual curiosity,” Christensen said. “Seattle Central brought out our independence, the desire to be the best we could be and it pushed our boundaries. As we leave college, those qualities will serve us well into the future.”