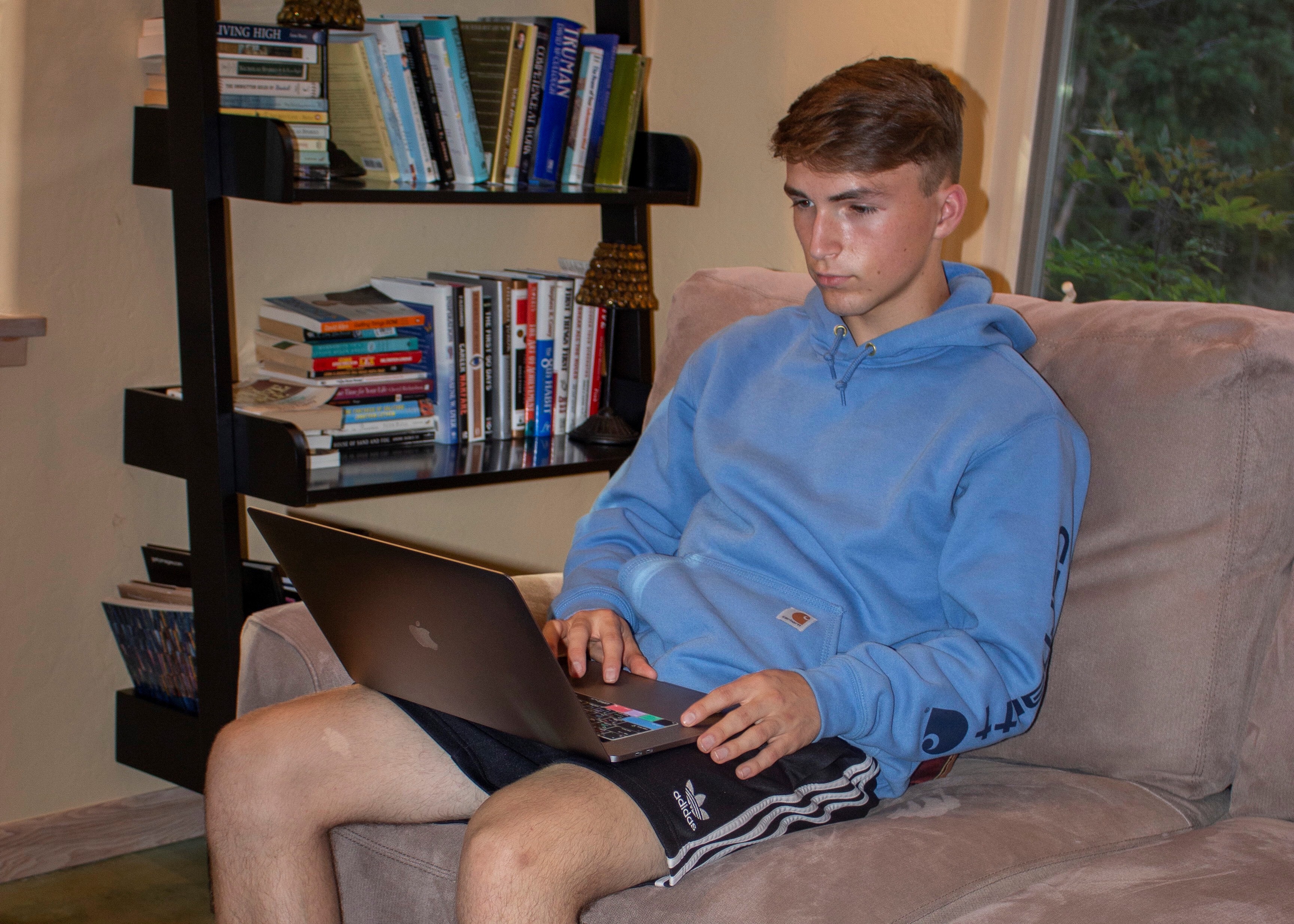 Ezra Ford may be only 17, but that’s old enough to see there is a problem with how big information technology companies handle privacy and equity.

So he came up with his solution: creating an organization to educate people and to seek changes in the behavior of those companies.

Ford, a Running Start student at Garfield High School and Seattle Central College, started Data4humanity this year, using his own funds and his expertise in computer languages and Web design. The nonprofit works under the mission that the benefits of emerging technologies must not overshadow the harms.

“The problem is that these companies are using our data in non-ethical ways,” Ford said. “If people understood what was happening to their data, I don’t think they would be very happy.”

Ezra came up with the idea for Data4humanity in early 2020, while he was taking computer programming classes at Seattle Central. He became curious about the unexpected results of transformative technologies such as facial recognition, for example. The idea sounds great until the results start to come in, showing that facial recognition tools fail to accurately recognize faces with dark skin, leading to unjustified detentions and arrests.

Data4humanity will focus on public education on issues including the implicit biases that influence how new technologies will affect users, or the dangers to privacy when technology companies abuse the personal data of their customers. Chief among those questions is convincing future technologists to consider all the possible consequences of new or existing technologies on real people in a social context.

“We need to make sure that a technology is good for everyone, not just for the people working on them,” he said. “It is super important to educate the people who are most directly affected.”

Now that Ezra has the website up and running, he is focusing on learning to edit video and to release a video series outlining the major issues surrounding algorithmic justice today. He recently added his friend Chris Storm to the Data4humanity team, but is actively looking for people to work with him to help the organization grow and make a real impact.

Ezra is less focused on his future career plans, but at 17, he has the luxury of time. He expects to keep taking computer science classes and to eventually concentrate on data analysis or computer science, which he sees as powerful tools to change the world for the better—as long as they are developed and implemented in a way that reflects our values as a society.