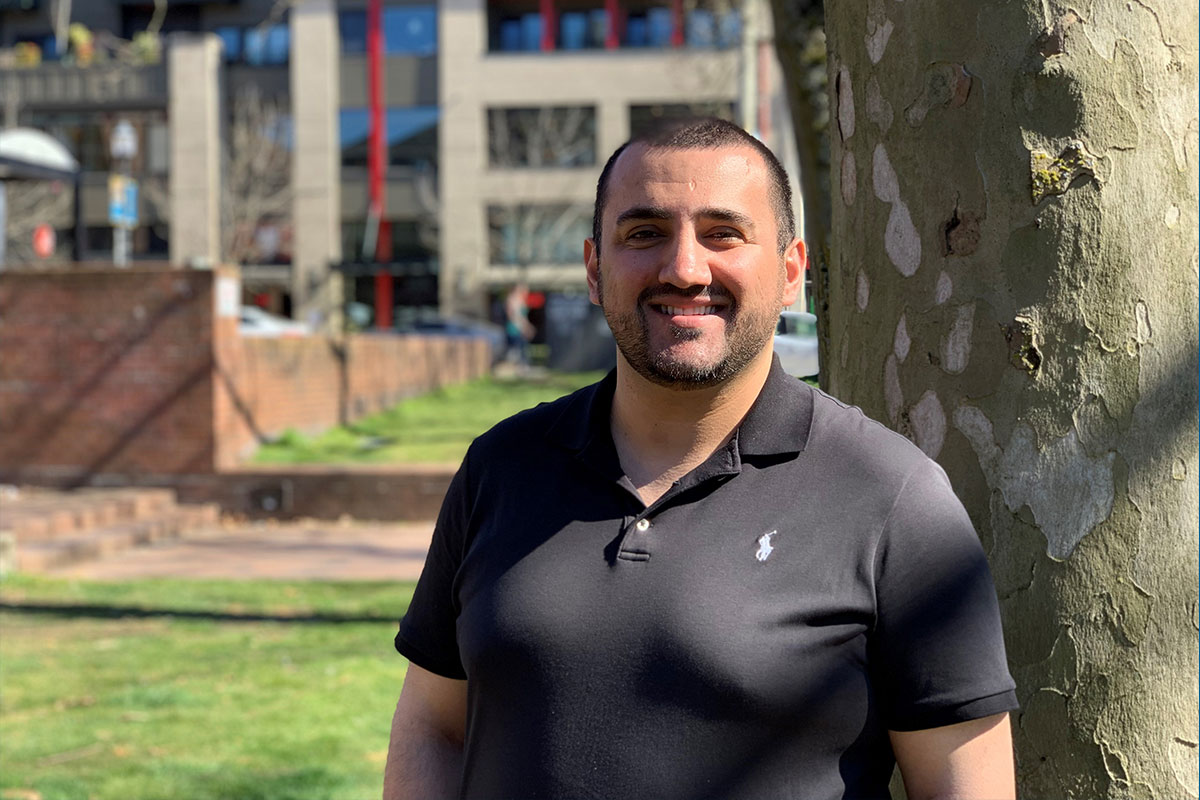 Art instructor Ayad Almissouri was always interested in drawing, even at a young age, but never thought of making it into a career, let alone become a teacher. Now at Seattle Central, he is able to make historical connections from his life and apply them to his lessons in the classroom.

When he was a toddler, Almissouri and his family emigrated from Kurdistan, Iraq to the United States to escape the persecution of Kurds during the first gulf war with Iran. Although traumatic for a child to experience, Almissouri used art to express his emotions.

“I remember as a 4-year-old child drawing in the sand, making my mark,” Almissouri said. “As a child, I always felt like I needed to make things.”

Almissouri describes his art as political commentary about the things going on in the Middle East, from historical to contemporary issues.

“It’s more of a mockery of what’s going on,” Almissouri added. He started with figurations but now focuses more on science fiction, and the strange and bizarre contemporary issues in the Middle East. More recently, he has explored oils, large-scale drawings, and experimenting with other materials like spices.

Though Almissouri never expected to teach, he discovered an interest in passing on his knowledge to the next generation after working as a teaching assistant in undergraduate painting courses. When he finished graduate school, he went back to the Middle East to teach for a few years. His style of art has changed since moving to Seattle, but his teaching methods remain the same. In the classroom, Almissouri loves to connect the topic covered in lecture to historical references as well as current topics, followed by live demonstrations.

“I make sure that students are critically aware of the contemporary issues that are going on because it relates to their personal perception to reality,” Almissouri said.

As he continues to produce art, Almissouri is looking into film, new media and installations. Working at Seattle Central and connecting to the community and students have shifted his flair.

“I’m really happy I came to Seattle Central,” he added. “It’s changed how I look at teaching and my style of work. Now, my art is culturally driven on how we understand our society.”