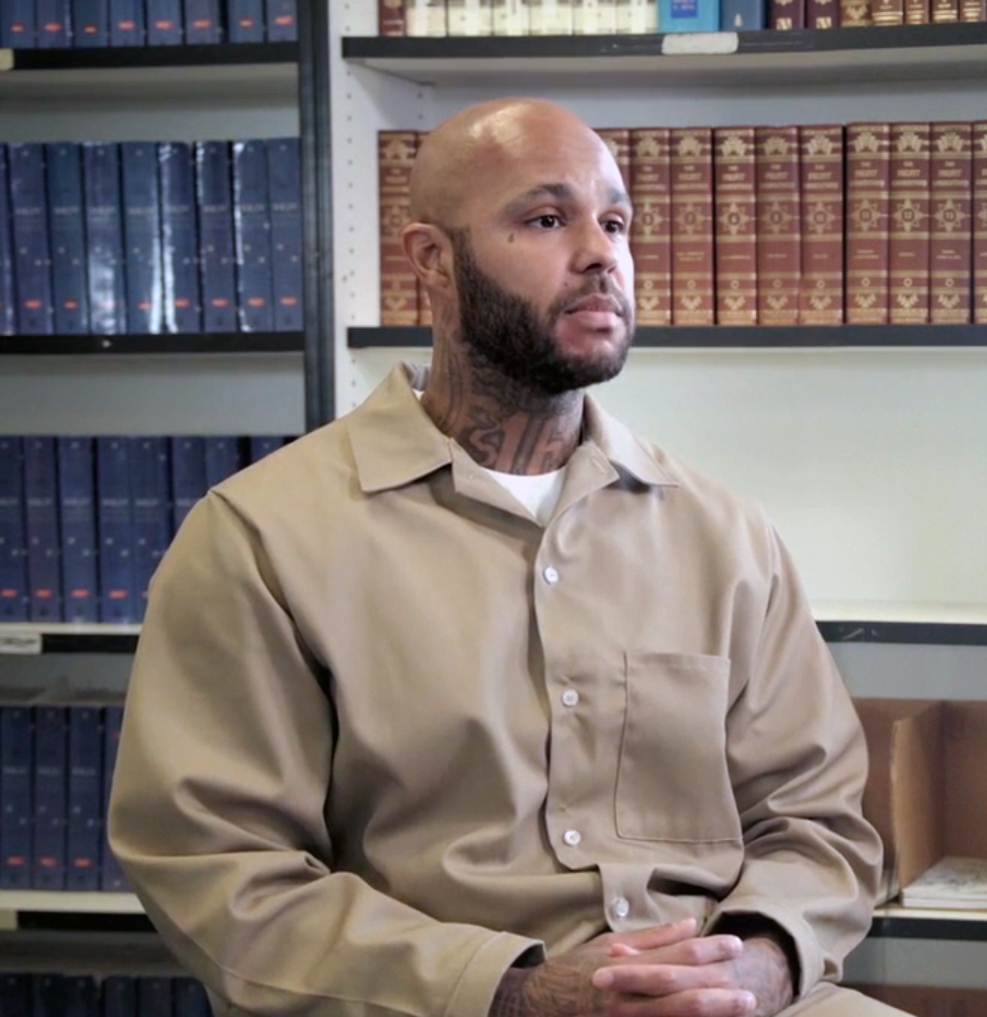 Photo: Courtesy of Dr. Gilda Sheppard, from her documentary “Since I’ve Been Down.”

Andre Parker earned his associate degree from Seattle Central College this year, after a decade of hard work and perseverance.

Parker, this year’s recipient of Seattle Central’s Presidential Medal (Central’s equivalent of a valedictorian) will celebrate graduation this June 19 remotely, like all other Seattle Central students in this year of social distancing.

But in his case, that distance is an 89-mile drive from Seattle, at the Washington Corrections Center in Shelton, where Parker is serving a nearly 40-year sentence that started in 2009.

Parker completed his degree thanks to Seattle Central’s self-paced program for people living behind bars. Students in the program take Seattle Central classes by correspondence, with assistance from peers in the Taking Education and Creating History (TEACH) program, a support educational community created by and for inmates in three Washington state correctional facilities. The classes are open and free to all inmates, supported through donations, grants, and by groups like the Fabian’s Fund.

“I have experienced just about every obstacle one could experience,” Parker said. “I never gave up.”

The TEACH program dates to 2013 at Clallam Bay Correctional facility, and the work of Kimonti Carter.

Carter was and is serving a life sentence, currently at Stafford Creek. When he first arrived at Clallam Bay as a youth, he struggled to find hope and purpose. He found both in the Black Prisoners’ Caucus (BPC), an organization founded by inmates that nurtures community and growth through education.

He and the BPC took on the job of creating and leading a set of classes for inmates. He mobilized the resources of the caucus to find inmate volunteer teachers and tutors, and to bring in volunteer teachers from the outside. The effort became the TEACH program. Carter himself became a student and an instructor for their own BPC TEACH curriculum.

The TEACH program addressed a glaring gap in access to educational resources. Prisons in Washington state provide some adult basic education and access to college courses through partnerships with community colleges and other organizations. But by law since 1995, the state funded programs and classes are not available to inmates with seven or more years left in their sentence. State funding also will not pay for classes for inmates without immigration documents.

Seattle Central’s partnership with TEACH and the BPC came out of the work of volunteer faculty teaching at the prisons, and also the advocacy and research of staff in student support services. The college has offered re-entry education services for people with a criminal history for many years, but instruction and student support services inside the prisons presented difficult challenges and were not as formalized.

Molly Mitchell, Seattle Central’s director of Student Support Programs, said the college realized the need for a prison education program from close discussions with community members and leaders, especially from people with lived experience in the corrections system. This also involved many trips to the corrections centers, to meet with members of the BPC and other advocacy groups.

“I’ve been listening in community. Being inside prisons, it’s very hard to unsee what you have seen,” Mitchell said. “I saw these brilliant folks who are where they are because our society by design continues to incarcerate them. It has been an eye opener, seeing how the system fails people, how it traumatizes people.”

Mitchell and Maria Kang, prison education and re-entry navigator at Central, provide student services support including access to advising, degree audits, and graduation applications. When the pandemic stopped visits to the correctional centers, Kang provided support for ongoing academic progress by printing out lessons, assignments, tests, and other materials to send to students, and then share the returned materials with instructors. They even created a specialized form for inmate students to be able to register for classes on paper.

Many of the students taking classes and earning degrees through the TEACH and Seattle Central program will likely never use their education for a career or to start a business. Their reasons for pursuing education are more personal.

“The allure of college for people who don’t have anything is that they want to be better,” Carter said. “What’s a better way to better your life than to go back school?”

Carter said that the point of the TEACH program is to help students grow, open their minds, and to nurture their humanity.

“They are doing something that makes a difference in their lives. It is transformative,” Carter said. “It has given them empowerment and self-discovery.”

“I developed a thirst, a love for education,” said Parker “I found it to be liberating, especially while stuck in prison.”

Earning a degree is also helping Parker to build a better connection with his family on the outside. When he first entered prison, his girlfriend was pregnant with his one and only daughter. He watched her growing up from afar, and he hopes that she can learn from his experiences, both good and bad.

“I am sure now to instill in my daughter the importance of education,” Parker said. “It’s nice to be able to say I have a degree, and I’m pushing her to stay focused, and hopefully one day have one herself.”

Parker was recently transferred out of Clallam and into the Washington Corrections Center in Shelton. He still plans to pursue a bachelor’s degree there, not just because it is a new challenge for him, but because of the effect it will have on others.

“I didn’t start my journey with it in mind to receive a degree,” Parker said. “I am now seeing many others follow in my footsteps.”

“You can be an example and an inspiration to others, just by accomplishing your goal,” he said.